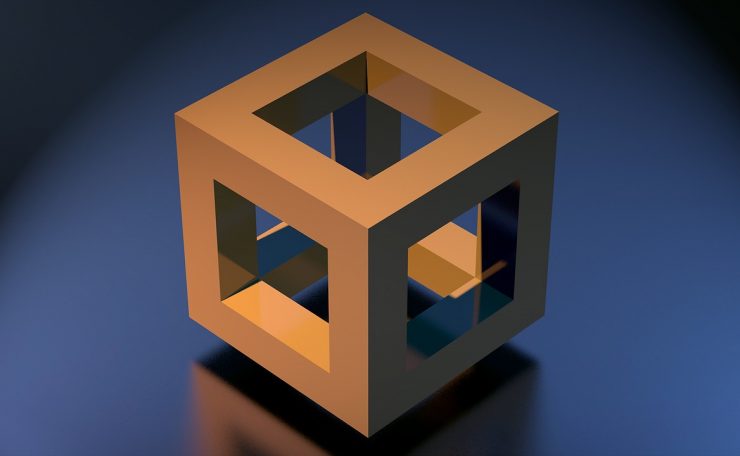 In most cases, I photograph on the street and use https://www.artlook.us/service/elopement-videography/, and for me it is very important to convey the depth, three-dimensional space in the photo. In this article, I want to share the techniques that I use for these purposes when photographing and processing.

Let’s start by answering the question: “How do we see three-dimensional objects?”. 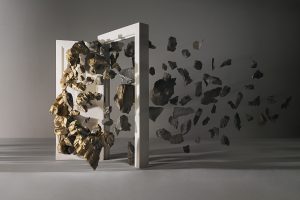 We look at the world with both eyes; the pictures captured by the left and right eyes are slightly different due to the location of the organs. This can be easily checked by placing a finger near the nose and closing either the left or the right eye alternately: the finger will move to the left and right, respectively. Our brain, receiving information from both eyes, combines two different pictures into one, which is perceived as three-dimensional. What kind of picture does the lens give? Whatever it is, the image is always flat. A lens is a set of lenses in one plane and cannot recreate a true 3D effect. This would be possible if there were two lenses and images from both would be written on the matrix. By the way, this is how 3D movies are shot: using two lenses separated by a short distance.

Therefore, all further ways of conveying volume will not be about real 3D, but only about the illusion of volume, three-dimensional space in a two-dimensional photograph. And in order to strengthen this illusion, you also need to look at the photographs correctly, namely in the same way as they were taken – with ONE eye. If we look with both eyes and the brain reads the same picture (and the photo is flat, therefore the pictures are the same), then we will not get any three-dimensionality.

Another thing is to turn off the mechanism of binocular vision by covering one eye.

• select photos that are successfully taken in terms of depth transfer or use my photo examples;

• open them in full screen mode;

• sit so that the monitor is at eye level and nothing distracts peripheral vision;

• look and compare with one and two eyes.

If you do everything right, then with one eye you will see stereo images similar to those that used to be in Soviet filmstrips. If it didn’t work, then the photo just doesn’t fit very well. You will not achieve a clear 3D effect if you consider, for example, a studio photograph against a uniform background.

So, what techniques can be used to convey the depth of space in a photograph?!

Nevertheless, our lenses have one property similar to the device of vision. This is the depth of field – the depth of the sharply depicted space. Do you think this is not so due to the fact that basically we see everything around us as sharp? Put your finger up to your nose and focus on it. The background will be blurred. Using a small depth of field, we highlight the main subject, focusing on it. At the same time, secondary characters and the background are blurred, imitating our vision mechanism.

Of course, this method is not used in landscape photography, where all plans must be in the field of sharpness.

Let me remind you how to get a small depth of field and beautiful bokeh:

• The more the aperture is opened, the more blur. Use fast lenses. For example, I most often photograph at aperture values ​​in the range of 1.8–2.2;

• the longer the focal length, the greater the blur, the more beautiful the bokeh, the more plastic the picture;

• the closer to the model (larger portrait), the greater the blur;

• in order to have something to blur, you don’t need to put the model close to the background (near the wall, fence, tree). It is always better to spread them out into plans with different zones of sharpness. This tip applies to studio photography as well.

Very often in photo zones it is difficult to distinguish a model with bright walls in the background and a lot of props. And it is worth moving it away from the background and shooting with an open aperture – and the photos already look much more artistic, with an emphasis on the main thing. You also need to be able to work with the interior! 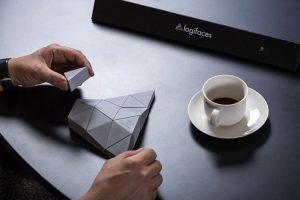 Surely everyone who has at least a slight idea of ​​​​composition knows that you should try to use several shots in a photograph. When shooting landscapes, everyone remembers this, but when shooting portraits, they often forget it together. But no one canceled the effect of planning as a way to convey depth.

It must be chosen so that nothing sticks out as if from the model, it is beautifully blurred in the bokeh (of course, if this is not a landscape). Use the rules of linear, aerial and color perspective (more below). The middle plan is our model, the main subject of the shooting. It would be nice to place something else in the same plane with the model that will be in the sharpness zone (a bush, twigs with leaves or flowers on a tree). This will give an additional sense of depth and planning.

The foreground is often overlooked in portrait photography. It helps to convey depth even better. From the foreground, you can create a kind of frame, framing the plot is a spectacular way to build a composition. In addition, in this way the feeling of peeping is conveyed when you want to convey the ease and naturalness of the scene.

As a foreground, you can use branches of bushes, flowers, low branches of trees. If there are none nearby, ask an assistant to hold the prepared branches in front of the camera. In the studio, you can use suitable props, flowers, peek out from behind ajar doors. The foreground can also be just grass blurred in bokeh: just lower the shooting point and shoot while sitting or lying down. If the shooting uses flying objects (flower petals, autumn leaves, feathers, paper pages, confetti, etc.), ask the assistant to scatter them in different planes from the model so that they are both in the sharpness zone and blurry on the front and back plans. Such details effectively “introduce” the viewer into the picture, when they fly out of real life into a photograph.

It happens that it is not possible to put something in the foreground immediately when shooting (for example, it does not fit into the frame). Then you can photograph a suitable branch separately and then add it using Photoshop, or use the same program to create a foreground from blanks on a transparent background found on the Internet. Do not forget to blur them to varying degrees in different planes.

Landscape photography often uses a wide-angle lens to effectively capture the foreground. Objects located in front (stones, logs, a bridge, etc.) draw us into the picture, as it were. Geometric distortion of a wide angle in this case is only at hand. The same technique can be used in portraits, enhancing the foreground and the “pulling” effect.

This is a natural change in the image scale of diverse objects located on a plane. The closer an object is to the camera, the larger it is. The first sign of linear perspective is a decrease in the scale of receding objects, the second is the desire of parallel ones to converge at one point on the horizon line.

What to do to convey this very linear perspective in the frame:

• choose a good background. A path that goes into the distance (straight or winding), a road, rails, a row of houses, a long corridor, poles or columns – all this helps in conveying perspective and creating the effect of the viewer’s presence in the frame;

• try to place the model and the convergence of the lines of perspective in power points, but not in the same one;

• Don’t position the lines so that they take the eye out of the frame. The gaze should follow inside the frame and wander around it;

• Sometimes you can use the wide-angle lens by getting closer to the model.

It enhances the transfer of perspective, since in life we ​​also look at the world from a wide angle. In this case, place the model in the middle, as geometric distortions increase towards the edges of the frame.

This is a physical phenomenon, the essence of which is that light passing through a transparent medium – air, is refracted, scattered and reflected. Depending on the state of the atmosphere, its pollution and humidity, light is scattered in the air layer to a greater or lesser extent. Then we see an air haze (highlighted distances). Now you understand why such aerial photo landscapes are obtained in the early morning or in fog, when the air is clean and humid?

To convey aerial perspective, remember that the farther the object:

If you are lucky and you photographed early in the morning at dawn, then perhaps the camera will convey all these nuances. Otherwise, it can simply be taken into account during processing:

• raise the sharpness and clarity on the model (and the foreground in the landscape);

• raise the contrast of nearby objects, leaving the background with no contrast;

• add light spots to the background or paint fog, haze (with a white brush with low transparency in the blending mode “Screen”);

• darken the foreground, make a vignette. 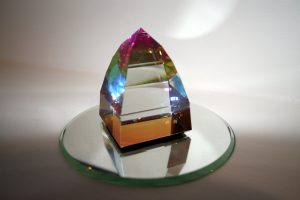 Color and volume are also closely related. Prominent (warm) colors are perceived closer, receding (cold) colors are perceived further away from their present position. This phenomenon is called chromatic stereoscopy. Artists successfully use this effect to convey three-dimensional forms. Its effectiveness has been proven in the practice of painting and when working with the interior and wardrobe. Receding and protruding colors can visually distort three-dimensional space or make a plane voluminous, embossed.

Warm and cold colors located side by side help each other to sound brighter and louder. Warm becomes even warmer, and cold – even more

colder. Using the contrast of warm and cold, you can highlight the main thing in the photo. The spatial properties are also affected by the difference in lightness and the contrast of the color spots of the object. With a high contrast, a smaller color spot becomes catchy and stands out as a figure, while a larger one is perceived as a background. Catchy and contrasting colors protrude and protrude. With low and medium contrast, gray colors are removed.

How to use all this in photography:
• think carefully in terms of color to the choice of model (hair color), background, clothing, interior items and props;

• Light sources of different temperatures can be used when taking photographs. In a studio, this can be cold light from a window combined with constant warm artificial light, constant sources of different color temperatures are also suitable. In the interior, you can combine natural light from a window or reflected flash light in combination with the warm light of lamps, candles, garlands in the background or foreground;

• tone your photo in post-processing. There are many options: from separate toning (split-toning) of lights and shadows into warm or cold in the “semi-automatic” mode using Photoshop functions to coloring the desired objects with a brush (in the “Soft light” mode);

• Pay attention not only to harmonious color schemes, but also to the amount of each color in the photo. Highlight with color the main objects and details that you want to focus on;

• work with saturation correctly: saturated and pure colors are perceived closer, while less saturated colors are farther away.

Ideally, you want the photo to use several of the above techniques. Then your photos will come to life and play, as in three-dimensional reality.